It’s not only their track record in Breast Cancer research that puts Breast Cancer UK on the map, but also how they carry out their research, which has made it quite unique compared to many other cancer charities.

Amongst the values and convictions of the charity’s founders, one has particularly stood out as being forward-thinking and progressive: its animal-free research policy. It has long formed part of the culture of the organisation.

The policy led to Breast Cancer UK’s collaboration with Animal Free Research UK. This partnership has enabled the charity to demonstrate its guiding principles and, more importantly, to fund a world of research without animals at its centre. 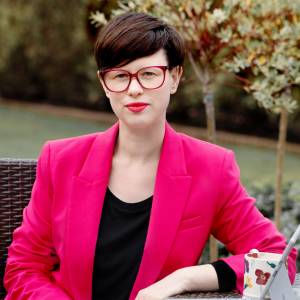 Chief Executive of Animal Free Research UK, Carla Owen believes Breast Cancer UK has been a pioneer in this field. “Most medical research charities, including many big-named charities, are still funding animal research,” she says. “Going against that grain shows great conviction.”

The two charities are currently collaborating to fund research examining how hormone-disrupting chemicals (EDCs) may change breast density, which could affect a person’s breast cancer risk.

“Animal tests are poor models for human diseases and results from these studies often fail to translate to humans,” says Carla Owen.

“Inserting human cancer cells into mice, for example, doesn’t allow scientists to get a true picture of what happens in humans because the microenvironment in which the cells grow is not human. These scientific limitations are responsible for 90% of new drugs failing in clinical trials despite having shown promise in animals.

“We believe the best outcomes can be achieved by developing human-relevant methods to study human disease, such as using human cells and tissues and replicating their environment.”

“It really stems back to the values of Breast Cancer UK’s founders which are reflected across all of our work from the ethical and environmental principles that underpin our research and our awareness-raising,” says Breast Cancer UK’s CEO, Thalie Martini.  “We know the fact that we don’t fund animal research matters for many of our supporters and we are excited about new 3D breast culture models being developed and refined,” she says. “Our  collaboration with Animal Free Research UK demonstrates our commitment to ensuring animals don’t suffer in the name of breast cancer research.”

Today animal-free techniques in medical research are at the forefront of exciting new developments. Both charities firmly believe the future is bright for cancer research.

“Although there are still some outdated and entrenched views on the necessity of animal research, we aim for a future where modern techniques replace the use of animals – where medicines are developed without using any animals by 2040,” says Carla Owen.

“Each year in the UK, three million animals are still used in research and that’s simply not necessary. It’s in all our interests to ensure that pioneering, ethical research becomes the gold standard in UK labs – saving lives, money, and time.”

Why not celebrate Breast Cancer UK’s 20th anniversary and the life of animals? Donating to BCUK’s animal-free research, or AFRUK’s work.

Animal Research – some of the facts

The first of two BCUK’s co-funded PhD studentships, awarded to Alex Websdale, has recently come to an end. Alex’s project was co-funded by the University of Leeds and supervised by...

Microplastics and the human health impact

Marine plastic waste is one of the most significant environmental problems globally. As plastic waste continues to grow, another problem has emerged; microplastic pollution. To mark Plastic Free July, we...

In May our Head of Science, Margaret Wexler, spoke at a parliamentary event on pesticides. Organised by The Pesticide Collaboration and RSPB, and hosted by Luke Pollard, MP for Plymouth,...