Today is World Cancer Day – and as Public Affairs Officer for Breast Cancer UK, I will campaign to “Put Prevention First” to decrease the incidence of breast cancer. That said, it’s the actions of Government, and individuals, that will create the lasting change we so badly need.

At least 1 in 4 breast cancers are considered preventable. Preventing breast cancer means stopping it before it even starts and ensuring it doesn’t have the right environment in which to develop.  Realistically, this can be achieved by identifying and addressing the main causes of the disease, and also by showing what actions women and men can take to reduce their risk.

There’s a compelling logic in putting prevention first. Yet the resources being spent on prevention are negligible. Unfortunately, National Cancer plans, and cancer research funding, focus primarily on what happens after cancer has developed. This includes raising awareness of symptoms, screening and early diagnosis. Though this is often done in the name of prevention, it’s really early diagnosis, which causes us to fall into the trap of confusing the two. While such initiatives are crucial, and combined with improved treatments have resulted in fewer deaths, the fundamental truth is they have had little impact on incidence rates, or the anxiety and suffering caused by breast cancer. This is why I believe it’s time we shifted our attention towards identifying and eliminating the causes of the disease, stopping it in its tracks.

Sadly, such simple prevention tactics are rarely talked about in GPs surgeries. Even more overlooked is the role that environmental pollutants and harmful chemicals play in increasing the risk of breast cancer. This is despite the UN’s view that harmful chemicals are now “ubiquitous in humans and the environment”. There has been some progress, with Parliament’s Environmental Audit Committee recognising that people are being exposed to “Toxic Chemicals in Everyday Life”, which is something that Breast Cancer UK has long been highlighting. Endocrine Disrupting Chemicals which mimic natural hormones such as oestrogen, are found in everyday products such as food, cosmetics, and toys, with little public awareness about the associated health risks.

While taking action to address exposure to harmful chemicals is predominately a matter of government policy and business responsibility, we, as individuals have more control than we think. Whether that’s by reducing the chemical burden on our bodies, or by adopting simple changes to our lifestyles, that can lower our risk of getting breast cancer.

Overall, healthier environments, as well as healthy lifestyles, are essential in fighting this disease across multiple fronts. And any national prevention policy must treat public health and the environment as interlinked matters. Quite simply, improving our knowledge of chemicals, and how they interact with our bodies, is a core component of prevention.

If we are to make the 2020s the decade that we put Prevention first, the Government must introduce a cancer prevention strategy which begins at the beginning by setting out new and ambitious goals for education, research funding and policy interventions, while acknowledging that public exposure to harmful chemicals is a risk factor that they can already take action to address.

For tips on how to reduce your risk of getting breast cancer see Breast Cancer UK’s website. And more information on the links between breast cancer and harmful chemicals, view our background briefing on Endocrine Disrupting Chemicals or refer to our Chemicals and Environment page. 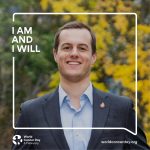 The first of two BCUK’s co-funded PhD studentships, awarded to Alex Websdale, has recently come to an end. Alex’s project was co-funded by the University of Leeds and supervised by...

Microplastics and the human health impact

Marine plastic waste is one of the most significant environmental problems globally. As plastic waste continues to grow, another problem has emerged; microplastic pollution. To mark Plastic Free July, we...

BCUK's top plastic alternatives   Our society has become increasingly dependent on plastic products, but around  50% of plastics consumed are single-use. So, making the shift to live with less...