“That’s what attracted me to BCUK – their professionalism, and emphasis on the scientific research approach to preventing (breast) cancer rather than offering support after a diagnosis,” comments Elspeth Mackeggie Gurney, who volunteered as a trustee and treasurer with BCUK from 2014 to 2020, and saw the charity develop and expand its message of breast cancer prevention.

She feels passionate about the need for breast cancer prevention: “It’s such a common cancer, and yet there can be so much self-guilt attached to the diagnosis. For example, when I was diagnosed my reaction was: Why have I got it? I’ve got no family history. I’ve never been hugely overweight, never smoked, never drank too much, and I breastfed my children for as long as possible. I did all the things you’re supposed to do, and yet, I still got it.” 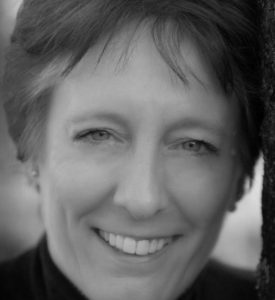 Elspeth was diagnosed with breast cancer in 2011. She couldn’t get a definitive answer about the cause of the breast cancer or why she had got it, being told only it was probably due to “environmental effects in the wider sense”.

She believes stress was also probably a factor, weakening her immune system. As she explains: “I’ve had two particularly horrible events in my life. My first child died as a 20-day old baby. Then I was blessed with two more healthy children. But then my first husband died when I was only 46. I was trying to bring up two children, and work, and just doing all the rest of the things that life brings along.”

Elspeth had been married to her second husband for just over a year when she was diagnosed. She comments: “I think it was all that previous stress from the baby and my previous husband dying coinciding with being peri-menopausal. I’m still quite convinced that my body had enough of all the stress, and so something had to go wrong. That’s my theory.”

After getting the all-clear in 2013, Elspeth looked for volunteer opportunities and was impressed by BCUK’s desire to find causes, and thus look at preventive measures.

She recalls when there was a brief to make BCUK into the go-to charity for people wanting to understand all the causes of breast cancer. “It seemed such a big brief because there are so many causes and they’re so varied,” she says. “But I believed we really shouldn’t lose sight of our unique focus on the scientific research into causes of breast cancer.”

That determination to retain BCUK’s primary science-based prevention goal gets results, as Elspeth explains: “I’ve always felt that we got a lot of kudos from sticking to our guns about the research. For example, even as a small charity we’ve been involved in getting the issue of banning certain chemicals in weed killer moved up the European Union agenda. It’s still an ongoing issue but I feel that it helped the charity stick out from the crowd.”

She admits to feeling, on a deeply personal level, that if you do something that goes against what everybody else is doing, as long as it’s the right thing, it can only be a good thing.

“I think people want to understand where cancer comes from. If you have cancer, you automatically think there’s a family history, or wonder if it’s something you did wrong –  there’s huge guilt that goes along with getting cancer. I think knowing that somebody out there is trying to work out where it’s coming from and how to stop it is a very important thing. Yes, you do need help when you’ve got cancer, an understanding of how terrible it is to lose your hair if you have chemotherapy and all those sorts of things, they’re equally important. But I think what we all really want to know, why did it happen? There are still far too many people getting breast cancer, and still too many people dying from it.”

Elspeth emphasises that prevention is so important. “Don’t be scared of consulting with your doctor, or having a scan. If you have any concerns at all about your breasts then follow up straight away. ”

She comments that her mother was cancer phobic, and died of cancer: “It wasn’t an inevitable thing, but she’d always been desperately scared of it.” Elspeth admits to her own fear of being on “some sort of conveyor belt when things would just be done to me I couldn’t then stop.” But when she found a lump, she was at the doctors within three hours: “And yes, I was on the conveyor belt with all the diagnosis and treatments, but if I had put it off, I might not be here now because the cancer was at Stage 3.”

As she concludes: “The actions you take for prevention may stop or lessen your chance of getting breast cancer, and also some other horrible diseases such as diabetes – and they’re very good for your mental health as well. After all, a good diet and exercise can’t do any harm unless you break your ankle running!”

Elspeth believes the pandemic has heightened awareness of the need to look after yourself, reduce stress levels, and get enough sleep: ” I think that’s a very positive thing to come out of it. I’m only hoping that we all sit up and take notice.”

Swap a negative habit for a postive one

"You can swap one habit that may be negatively impacting your life for a positive habit, and that helps all the other areas to start falling into place, " says...

Help support our scientists conduct their vital animal-free research into the causes of breast cancer.   Christmas is a natural time to look back and...

Liz Johnson and her friend Theresa both have children who attend the local rugby club in the town of Oswestry on the Welsh border. It’s a close-knit club at the...