Breast cancer is the most common cancer in the UK. There are around 56,000 new cases every year – more than 150 cases every day – and tragically around 11,500 women and 85 men die from the disease every year.

The impact extends further still – families and friends of anyone with breast cancer will know exactly how much worry is caused when supporting someone through treatment.

Tony Chan, 59, lost his younger sister, Jamie, to breast cancer in 2007.  She was just 42 years old, leaving behind a loving husband Kenneth, 59, and four children who were aged between five and 16 at the time. As a greatly loved family member, Jamie’s memory remains fresh for Tony and his whole family, right up to this day.

Given the personal experiences both he and his family have faced, Tony wanted to do something positive in memory of his sister. With that in mind, he hit upon the idea of doing some charity fundraising to mark the 10th anniversary of Jamie’s passing. “I didn’t want to do just a challenge,” he says. “I wanted to do a challenge, if you know what I mean.”

It’s fair to say that the word ‘challenge’ means different things to different people. Few people can manage nine days of cycling, covering almost 1,000 miles – but that’s exactly what Tony has decided to do – taking on the Land’s End to John o’Groats Challenge this summer.

Of course, the 10-year anniversary of Jamie passing away would have been 2017, but there were more challenges to come. Tony explains: “The challenge was meant to happen five years ago. But all the way through 2017 for some reason I just didn’t feel right in myself – until eventually I was diagnosed with sepsis.

But there was a silver lining: “It was a blessing in disguise because [lockdown] meant I was able to ride my bike more,” says Tony. “I continued to train through 2021 and right up until this year. I will actually be crossing the line in John o’Groats on my 60th birthday.”

In memory of his sister 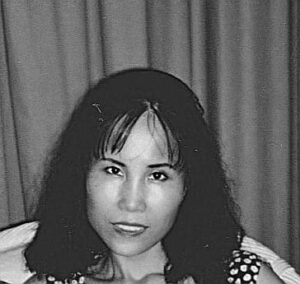 Reflecting on the time of Jamie’s treatment for breast cancer, Tony remembers: “It was something she had been battling for a few years. She was living in Malaysia when she was first diagnosed. When the cancer had spread to her spinal bones, she decided to continue her treatment in England where she could be supported by her family members here.”

However, the adversity brought what was already a close-knit family closer together. Tony is the middle of five siblings, and his mum and dad – both in their seventies at the time – were all present to offer support during a difficult time.

When Jamie was undergoing treatment, Tony told her to ‘Come over, stay here,’ with Jamie moving into Tony’s home in Darwen, Lancashire. Thinking back, he says: “It was ten of us all together, in the same house for just over a year. Lots of back and forth for treatment and what have you. It was a very, very long intimate year for us – but it bonded us a lot and made us stronger.”

Reflecting on the reaction of his family when he told them about the challenge, he says: “I think they were just a bit confused! Thinking ‘why would anyone want to do that!’” And he’s sure Jamie would be amazed too: “She would call me a crazy person!’,” he adds.

Taking on the challenge

Tony recognises the incredible challenge faced by people going through breast cancer and feels like taking on this challenge himself is a great way of recognising it.

He’s expecting to complete the distance over nine days of roughly 110 miles each day. And, despite hours of training with friends, he’s under no illusions about how tough it will be: “I need to pace myself. It could be too easy just to go full blast and just ruin the whole thing.”

Tony hopes to raise thousands of pounds for Breast Cancer UK. “We’re going to make some t-shirts with a picture of my sister, the Breast Cancer UK logo,  and a QR code linking to my JustGiving page,” he added.

Fitness to prevent the preventable

You may not know that it’s estimated that between 23-37% of breast cancer cases are preventable – and one of the things that can help with prevention is regular physical activity.

The World Health Organisation recommends 150 minutes of moderate, or 75 minutes of vigorous, physical activity per week. It can be as simple as building walking instead of driving into your routine or moving and stretching or working out while watching TV.

My relationship with alcohol was taking a weird turn

Making the decision to quit alcohol could be one of the biggest decisions you ever make but, equally, one of the most rewarding. Here’s 28-year-old Dr Melissa Kelly's story on...

This yummy, sticky and quick salmon dish will manage any cravings you have. Fish is a great swap with all the added benefits! This is one dinner you’ll definitely want...

Lucy is taking back control

"I wanted something positive to come out of a pretty rubbish situation, " says Lucy McMann. She's talking about the head shave she completed for Breast Cancer UK (BCUK), ahead...

Teenager braves the shave: ‘It’s just a nice thing to do!’

"I've wanted to do it since I was little, " says teenager Kyla Barham about cutting off her beyond-waist-length hair in support of her Nan, and Breast Cancer UK. ...